What we really want is to know that we’ve done a good job. That we’ve been appreciated by someone. Many times we have to reach deep down inside and find our own love. We have to drink our own kool-aid. We have to take responsibility for our own happiness. Our own joy. Just knowing that this is up to us, sort of makes it, a less stressful process. After all, if we decide, that we are going to create something and we resolve it to be our task, then we have some control. We own it. We can’t blame anyone else. We just have to make it happen.

Is sugar really as bad as they say!

Over the past few years, the amount of food documentaries has tremendously erupted with a bang. From food news, to health politics to philosophy shifts in nutrition, there is so much knowledge and information waiting for you to taste.

Have you tried to go a week without sugar? A day? a month? What differences, if any, did you notice?

It’s difficult to cut sugar from your diet but  learning to do so has been a proven strategy to clear your head of confusion. According to research, ingestion of sugar changes your body chemistry. It increases the risk of developing health problems like high blood pressure and unnatural cholesterol levels. So why do we love those sugar treats? The love of sugar has been shown to be similar to a drug addiction. Its biochemistry has been compared to that of a toxin.  For that reason, cutting sugar could be one of the best things you can do for health.  It’s a war. Do what you know is right or the enemy will take over your health and your mind. I fight this war often. Some battles I lose.  A freshly baked cake is hard to resist.  A great cookie.  Home made ice cream.  A coke. The list goes on and on but in our dietary arsenal to protect our brain from future dementia, cognitive decline, confusion and possible Alzheimer’s Disease, we’ve got to add the shield of the low sugar diet.

It sounds a bit simplistic. Is there really scientific evidence for this? Can we really prevent brain fog? If we don’t get enough sleep, we will experience moments through out your day that make us feel lost or confused. We become somewhat forgetful. We just don’t work at our best, when we are deprived of rest.  Excess sugar does the same thing to our brain. Lots of sugar in your diet corresponds to incidents of brain fog.  High sugar intake leads to problems with memory and learning. A  UCLA study  shows the details. In an article entitled, “Metabolic syndrome in the brain: deficiency in omega‐3 fatty acid exacerbates dysfunctions in insulin receptor signaling and cognition”. 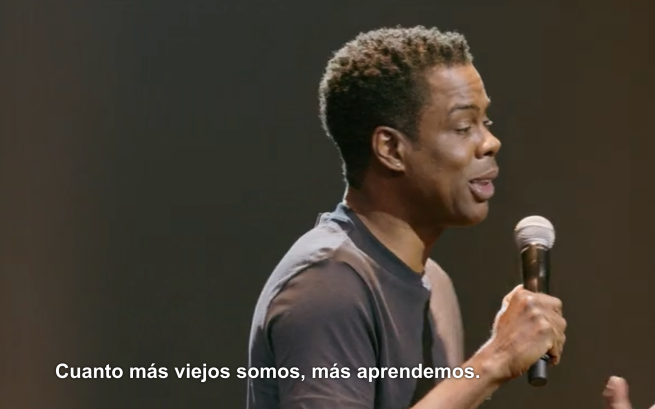 You know a show is a mandatory must-see when you are told that you are about to learn how George Bush was one of the top contributors to black history. “Tamborine – Chris Rock” is a must-see.   The show immediately starts with a quick micro-shout out to Brooklyn and then begins swiftly to joke about what cops are saying to themselves. You think they would be saying, let’s keep a count of all the black kids we shoot and to be fair, let’s decide its time to shoot a white kid in order to keep it equal. Chris Rock then goes on to rant about cops and how, to them, he is just another black person until the cops get close enough to realize he’s the celebrity Chris Rock. The hilarious story about American Airlines having pilots is a highlight.  Don’t worry “most of our pilots like to land. We have a few bad apples that like to crash into mountains.” The thought process here is that some jobs, like being a police officer and being a pilot,  just should never have “bad apples.”

The story of his grandfather taking him hunting will have you crying-laughing. Gun control discussions, as well as the possibility of a mass stabbing, make the crowd roar with laughter. He goes on to discuss his children’s school orientation, bullies, Donald Trump, and his search for God who clearly made mistakes.  Of course, you have to hear Chris Rock’s list of God’s Mistakes. I won’t reveal them here.  One of the funniest parts of this show was how parents should train their black children to prepare for the “white man”.  There are 3 major warnings. Again, I won’t reveal them here as you must see the show! Chris later delves into his personal life. It is very serious but still funny in a strange way. I can’t quite tell if he intended all of it to be funny as the live crowd laughed his face seemed slightly awkward. He speaks of his alleged addiction to porn, a joke? And his tough divorce battle and fight for his kids. You, at this point, feel almost like you’re Chris Rock’s friend. He opens up. He’s real. You see a little vulnerability. But underneath it all, he will make you smile. Or he just might piss you off a little.

“You can be anything, you’re good at, as long as they’re hiring. And even then it helps to know somebody” -Chris Rock